The exact relationship between the Reptoids below and the Sirusians above has yet to be conclusively explained or even coherently speculated about. These beings may be cousins, disconnected by the passing ages since their original time on Earth, or our Terran Reptoids may be visitors from Sirius. If the latter is the case, I don’t think their presence can be described as an “alien invasion”  because for the majority of human inhabitants of Earth, these beings do not exist. I am not of the belief that the Reptoids are directly pulling the strings of global domination, as some of the more outlandish theories maintain, but rather are hidden residents that are here by prior arrangement or treaty.

The sprawling reaches of Denver International Airport (DIA) could serve as a spaceport that supports the arrivals and departure of Reptoid/Sirusian travelers. Built in 1994, the airport was fully operational as a civilian airport in February of 1995. Over 33,000 acres in size, DIA is the largest commercial airport in the country. Driving from Denver to DIA takes nearly an hour in good traffic. A sizable portion of this trip is across “undeveloped” land which is set aside for future expansion of DIA.

Large mounds, some of them resembling beveled trapezoids, dot this wasteland and look like they were constructed some time ago. They are covered in vegetation and at the time of my investigation, one of them had an air force insignia built in white rocks decorating its side . Obviously not an official marking, but it does offer evidence that military personnel are in the area around DIA. Maybe we should call it “Area DIA”?

I arrived at DIA as a skeptical tourist, but as I began to explore the terminals, occasionally looking out over the vast empty land surrounding them, I felt a deep sense of something uncanny. I cannot offer any proof about what goes on across the breadth and depth of what is most likely a massive complex at DIA. I can certainly say that there is more unknown about this gargantuan facility than is publicly known.

Many bloggers will tell you about the gargoyles which surround the baggage claim area. Combined with the demonic horse which towers over the entrance to DIA, these statues create a creepy, ancient vibe in what is supposed to be  a state-of-the-art airport. These are dubious artistic choices, but they don’t signal any clear connection to the Reptoid population. However, if rather than looking closer at the gargoyles, you take a step back, things get more interesting. The deliberate lighting creates a shadow pattern which, as you can see, points skyward with the gargoyle forming part of the apex. A mundane art critic could make the case that this is merely a thematic element which reminds the viewer of the purpose of the location they are in, but gargoyles have traditionally been guardians of secret and sacred places, so perhaps this art is recognition of the deeper powers that lie hidden in the building around them. Perhaps they serve as some sort of marker for non-civilian travelers.

There are many unsettling things about DIA, not the least of which is the series of murals which have been written about extensively elsewhere. The imagery in these is very challenging, probably not suited for an airport, but there is nothing explicitly connected to the Reptoid presence anywhere in them. I could not find the “flying saucer” mural in any of my explorations, and after asking around I was told by the DIA staff that it may have been taken down.

Another item which has provoked much speculation is the “control panel” time capsule. This time capsule, another example of questionable taste in design, does resemble a control column from a UFO that you might see in a science fiction comic book from the fifties. The Freemason sigil is another matter, not related to Reptoids but fodder for any number of other theories. The engraving “New World Airport” raises the specter of New World Order for many conspiracy aficionados, but I think, like the gargoyles, it has a clever double-meaning for the alert. Having seen everything I’ve considered so far, it wouldn’t be too much of a stretch to interpret this to mean DIA is an airport for the “new world”. A world not new to humans, but a new frontier for any arriving Sirusians. I have to wonder, what will be discovered when this is opened in 2094?

The strange markings on the floor of the concourses have raised many eyebrows. The official story is that these bizarre markings are drawn from Native American hieroglyphics, but that seems too pat of an answer and does not answer the question of what it all means. There is no translation nearby, and while a careful observer can see the names of all seven continents written in English, there are many other symbols around these words. My speculation is a combination of understanding and ignorance. I don’t know what the four symbols in the lower center image refer to, but there is also nothing around to tell me what they do mean. Notice the “quiet” written in the upper center photo, who is supposed to be quiet? Is the lower left image meant to show a bridge between two worlds? In the lower right picture, do the intersecting planets converge to form a Yin/Yang, because two worlds have found a balance? I have to interpret based on context and what I do understand. Based on the many other uncanny aspects of DIA, I have to think that these markings serve a mundane purpose, such as decoration, as well as a higher purpose, such as messages to those precious few who do understand what is operating far below and above the airport proper. Beyond all of this, there is one piece of art which is as unambiguous as it can safely be. Remarkably, I have not seen any mention of this artwork in the existing DIA lore, and that makes my discovery all the more compelling.

What you see below is a portion of a display which is opposite one of the famous murals. It’s right next to a map of Colorado showing famous sites around the state, I believe. Anyway, in this photo a young woman is standing next a meteorite which crashed near her home. The scale and size of this image is remarkable, nearly taking up half of the wall. Of all the history of all the people in the state and territory of Colorado, this one woman with a rock from space was chosen to be highlighted by an image several feet long and tall. A visitor from space

This is a big rock, over half a ton, but it’s not a dinosaur fossil. Meteorites are cool and noteworthy but not incredibly uncommon. As far as I know they fall in every part of the planet. Meteorite hunters will tell you more fall in Colorado, but I think it is more correct to say more are found in Colorado. Still, this is an airport, not a space museum. All of this is quite weird and all part of the bizarre experience that is a stroll in DIA. However, the truly awesome and truly disturbing part of the whole experience is what is revealed when you look more closely at the woman in the picture.

That’s a decidedly reptilian hand, especially when you consider the rest of the skin tones in the image are mostly in the correct range of hues. This is not definitive proof of Reptoid transit through the sprawling hidden complex which is DIA, but it is evidence that something not-quite-right is afoot somewhere in those 33,ooo acres of land. We can’t say what the exact relationship is between the Sirusians, Humans and Reptoids. Anyone that says they can are fooling you or themselves. Revelation and deception are equal parts of maintaining whatever agreement has allowed this place to exist as it does. I will leave you a final image which I discovered, quite by chance, as I was waiting for my flight to my home elsewhere on Earth. 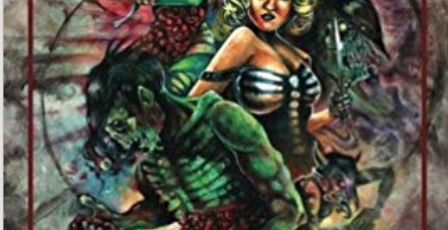 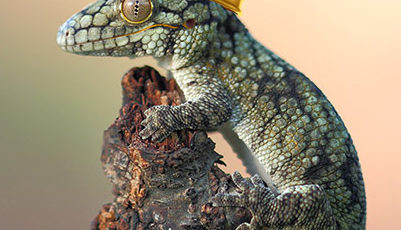